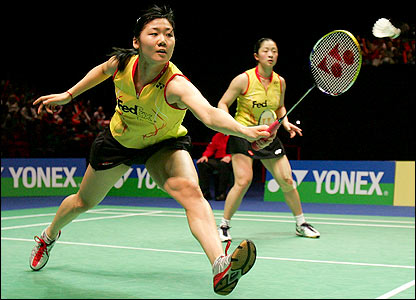 Badminton players. Ironically, I don't know these ones' names!

So I’m home from watching badminton a bit earlier than I expected to be. The result? You get a short blog about badminton! Smashing news!

The badminton tournament I’m talking about here is the Yonex Irish Internationals, which is on this weekend in Lisburn. Lots of the world’s top players are/were taking part. One of the most interesting things about badminton is seeing the strange and foreign names that different players have. Here are the three I found the most interesting, and my reasons why:

Those were the best three names I heard this weekend.