In this week’s big news, Miley Cyrus’ gyrations stir up a hornet’s nest of disgust at the VMAs!

However, contrary to most people saying she has made a fool of herself, I think that Miley is, in fact, a genius.

She clearly had this planned quite meticulously.

A quick glance at Facebook etc. reveals a horde of people shaking their heads about the fact that “sex sells” or that females are exploited by the music industry. [[I know readers, I hadn’t realized these things before either. I’m just as shocked and horrified as you!!]] And Miley Cyrus is being touted as an example of these flaws–one which is apparently so bad as to have made her a walking parody of what it means to be a pop star.

Somehow, suddenly, everyone has forgotten the equally important adage that bad publicity is better than no publicity (or even good publicity in an awful lot of cases).

Because, you see, publicity sells.

It’s incredible how many people are discussing this as if Miley is some foolish girl who sat down in her sitting room one day and said to herself, “Yes, I think I will look respectable doing this.” The reality is she probably sat down in a meeting room with her manager, her publicist and a bunch of other music industry people, and they brainstormed a number of career images for her and decided that this one would be the most lucrative.

I’m pretty damn confident that the Cyrus Team fully expected the outrage that ensued from her performance. Let’s face it, the original response to her new image in the video for “We Can’t Stop” was probably a bit of a give-away. 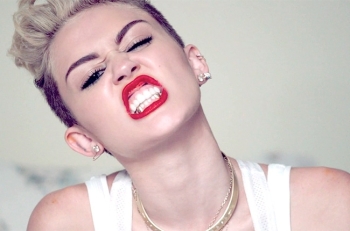 Yup. I never would have seen that VMA performance coming.

Was she sexy at the VMAs? No, not really. Was she outrageous? Yes, very much so. Miley Cyrus is a million dollar business. I’m sure the brains behind that worked this out long before you did. Apparently they also worked out that outrageous sells as much as sexy before most of you too. [[I think most of Lady Gaga’s career is a good example…]]

Publicity sells, and in terms of publicity, Miley’s performance has been an outstanding success.

I’ve seen a few people say that she has no right to act like that because she’s a teenage role model. That’s a lovely sentiment. It’s also total bollox. I must have missed the memo that said that pop stars should be good role models. The music business is… well… a business. A pop star’s image is a marketing ploy. Their only obligation is to make more money. If you expect a pop star to be a good role model, you are an idiot. 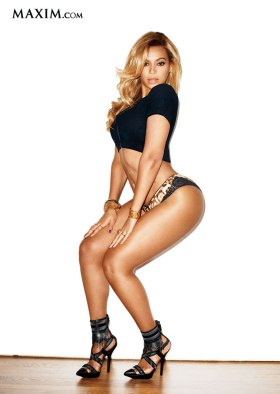 Quick! Someone forgot to give Rihanna the memo too!

The power of role-modelling is the perfect target for profit-orientated manipulation.

I suppose you could be upset that this is the nature of the celebrity culture. Personally I don’t see the point; I don’t see how it could be any different.

“Good girl gone bad” has been done countless times before. Because they don’t care about being morally respectable role-models; they care about creating an image that makes money. Lots of money.

That’s what baffles me most about this whole situation. Why do people still yammer on about things like “What was she thinking?!?”, “Does she think she looks sexy?!?”, or “I hope she’s sitting at home now realizing that she’s a total disgrace”

On the contrary, I doubt she’s thinking anything like that at all. If I was a betting man, I would say that she’s probably sitting there thinking how easy it is to exploit people like you. 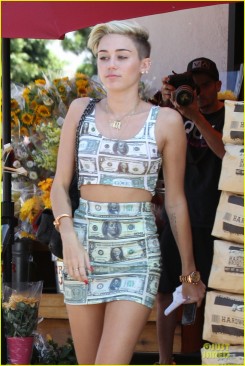 Because this image says more about the music industry than all the others put together.

Error: Twitter did not respond. Please wait a few minutes and refresh this page.